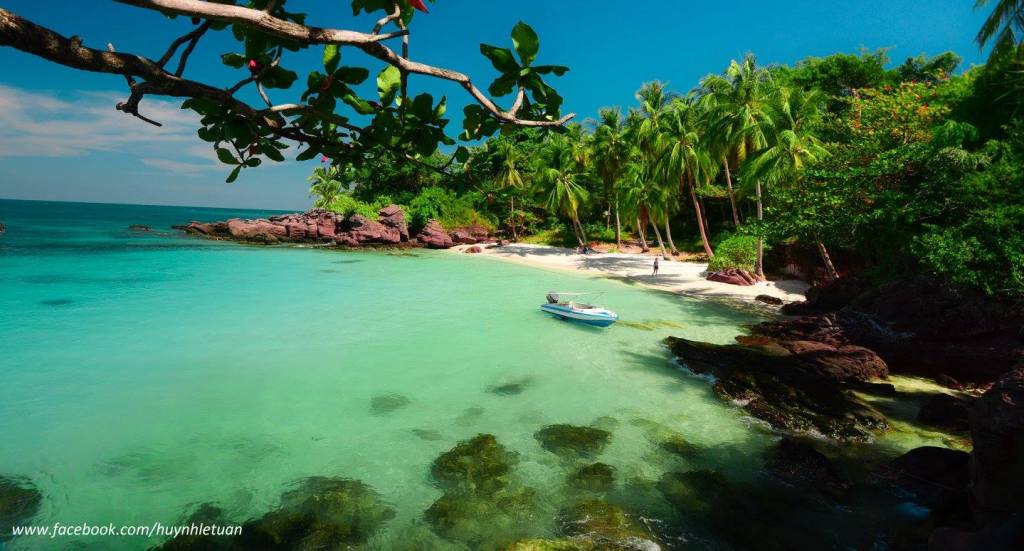 This past weekend, my lady and I finally had a chance to skip away from work for a few days and pop down to Phu Quoc, Vietnam.

If you’re not familiar, Phu Quoc is an island that’s actually off the coast of Cambodia (i.e. not Vietnam). But due to the quirks of national geography, Phu Quoc is actually the largest island in Vietnam, despite that proximity to Cambodia.

It’s also undergoing a ton of development, which brings some negatives and a ton of positives.

Part of that development is the opening of certain smaller islands off the south-end of Phu Quoc to tourism.

Last time I was in Phu Quoc (October 2016) was shoulder season, so none of the boat tours were running. But this year, we went a few weeks later and were able to hit right at the beginning of high season which gave us a chance to actually check the islands out.

Initially, the one name that kept popping up was John’s Tours. They have tons of flyers and multiple tour offices around Phu Quoc. But, after seeing the John’s Tours boats and talking with a nice local guy at the Phi Cong restaurant, we were worried about choosing John’s Tours because:

In the end, we searched around for something smaller and found Phu Quoc Speedboat. We were a little worried because there weren’t many reviews on TripAdvisor and the service seemed pretty new. But, they actually put effort into creating a website (a pretty big deal in Vietnam!) so I figured they weren’t a fly by night operation.

We decided to take the plunge and had a blast. There were only 6 people on our tour, which meant we had a lot more flexibility on our various stops. We ended up hitting 3 different spots (the exact locations depend on the weather):

All in all, we liked Phu Quoc Speedboat because:

When we were out on our tour, we saw a couple other speed boat operators – but in doing our research, we never came across them, so I’m not sure if they cater to non-Vietnamese tourists.

All in all, I’m recommending Phu Quoc Speedboat because I try to always go out of my way to promote quality travel companies in Vietnam. The travel industry here is often full of crap – so when I come across something that isn’t, I try to do my best to make sure it’s success.

If you want to tour the Fingernail Islands with Phu Quoc Speedboat, here are the details: